METROVILLE: A Good Fence or a DNA? 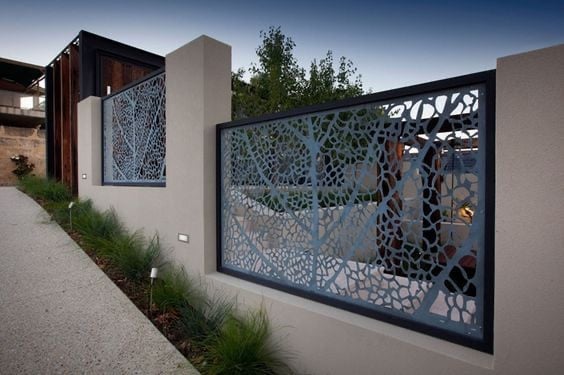 It’s our first hangout of the year and I’m still stewing from the hangover of Detty December. Tokunbo is looking all brand new, like she made an extra effort to shimmer into the new year. She’s wearing a new look, spotting a low-cut dyed white. Eddie asks her if she’s a lesbian now. Tokunbo warns him that she doesn’t have his negative energy this year.

Mr. Cele and Mallam Hassan don’t change much. Mr. Cele still wears his scowl around, like he’s already pissed at 2021 in advance. Mallam Hassan is still his charming self, and still carries himself around with all the grace of a man who knows things. We’re trying to convince him to take a shot of Cognac even if for once this year. He’s adamant.

Eddie is thumbing through Twitter while we’re waiting for our orders. Tokunbo, still pumped with a curious renewed energy, is swiveling around on her seat. Eddie sighs and shakes his head. I ask him what’s bothering him. He looks up and asks us if we have read about the DNA drama on Twitter. I affirm.

Mallam Hassan asks what it is about. I quickly run him through the gist; about a man who found out his wife’s boss is responsible for the paternity of all his kids.

Mr. Cele folds his arms and exclaims at the wickedness of the world.

Eddie says, in this life, after Satan and poverty, women are to be feared the most. Tokunbo’s feminist antenna quickly stands erect. She says Eddie should shush it. That men have, since the creation of life, made it a duty to hump anything that walks. That now the chickens have come home to roost.

Eddie counters by saying at least, men don’t make women raise another woman’s child. Tokunbo insists that men have always had kids outside of their home. Eddie says it’s not the same.

I inform the house that according to statistics, 30% of Nigerian married men are raising kids that are not theirs. Mallam Hassan Astaghfirullahs again. Mr. Cele just sits still, looking bewildered as hell. Eddie says that he’s going to make sure to do a DNA test on all his kids. Mr. Cele adds that as a matter of fact, compulsory DNA tests should be made into legislation.

Tokunbo says that if her husband asks for a DNA test, she will ask for a divorce for a breach of trust. Eddie winks his nose at her and tells us that women should never be trusted at all, in fact. He reminds us that Adam’s unguarded trust for Eve is how we got here in the first place.

I remind the house that none of us sitting here is certain that we are our fathers’ children. Eddie says he’s certain about his, because he inherited his father’s philandering ways. He informs us that his father had so many children outside that one in four people in his village probably carries his father’s DNA.

Mallam Hassan starts to tell us about a story from his earlier days, about one of his acquaintances whose wife was having a rendezvous with one of the neighbors from the other compound. Eddie doesn’t let him go into details before crying about how he’ll never let any “useless neighbor” into his gate.

Mallam Hassan explains that at that time, his friend’s house wasn’t even fenced or gated.

The way conversations with Mallam Hassan typically goes is that he starts talking about a subject and somehow manages to turn it into a lecture about something else. So he digresses into why fences are important for a home. He stresses that fences are not only necessary for security, but creating necessary boundaries between yourself and others.

Even low fences have a psychological effect on people, because it sorts of creates an impression that a particular space belongs to someone who wouldn’t want your presence without his express permission, Mallam Hassan explains.

Eddie swears that even in a gated estate, he’d still fence his building specifically, to keep his space and his wife out of bounds from trespassers. Tokunbo informs him that it’s a waste of time, as his wife would definitely go out and meet with other people.

Mr. Cele isn’t bothered by the conversation at all, because all three of his kids have his oblong head shape.

As we settle into our refreshments, I hear Eddie and Tokunbo still going back and forth about Eddie’s insistence on a long fence. Tokunbo informs Eddie that fences are very expensive to build around a house. Eddie retorts by saying that raising other men’s kids is more expensive than building an electric fence.

As the night drew on, I stopped myself from reminding Eddie that having a gateman may mean that what he fears the most may be right at his gate, and not at his neighbor’s house.